Alright, let’s spin some air. On this page you’ll find some great concepts of airplanes and helicopters made out of basic and simple Lego Duplo bricks.

The first one is pretty basic, 7 bricks are all you need to make it running and it even has a rotating main rotor! It’s distinctive structure makes a room for even more colorful ones. 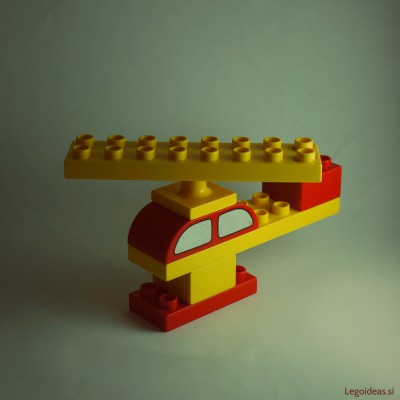 Here is another one – a simple helicopter, made out of 9 pieces in total. This one is a bit more advanced, built with a set of parrallel rails. As the one above, it has a rotating rotor, cabin and rear rotor. 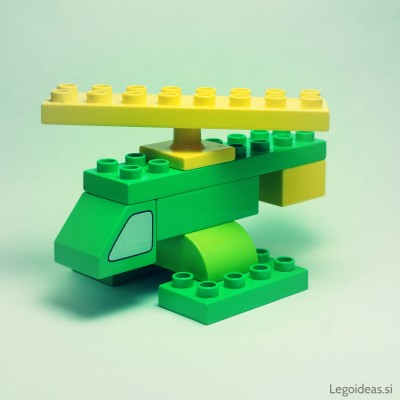 Main idea was to capture a Redbull Air Race inspired acrobatic airplane. It’s a biplane version with 2 pairs of wings stucked one above the other. Bright and lively colors are a must, of course. A concept is great for playing with toddler as it is pretty robust. 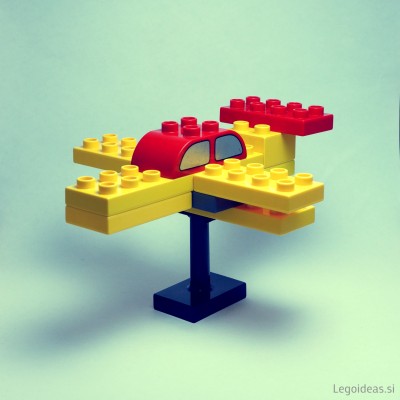 Here’s another take on an acrobatic airplane. Main feature on this one is a powerful motor, a cabin and rear wing. This time I opten for a brick representing front wheels. It makes it look a loot cooler this way. 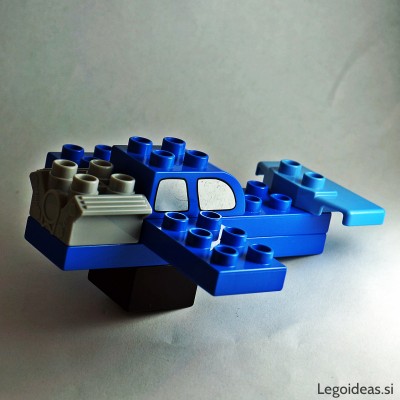 This miniature follows my Lego Duplo miniscale design. It’s made out of 9 parts, however, you will need a 10552 set to build one exactly like this – I more than recommend this set as it gives you plenty of very useful bricks. As you can see from my other builds I use a lot of pieces from that set. 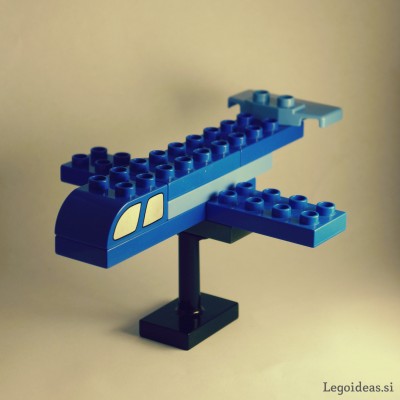 If my other planes and copters are all somehow robust, this one is a hell to be played with. I experimented with an idea of a two-winged airplane, so-called biplane. I opted for a bigger version of airplane this time, which led to a wing related problem – the front wings were either to long or to short. What I did is a combination of 2×4 and 2×8 plates, carefully put together in a way, that upper left wing supports the bottom left and vice versa (bottom right wing supports the upper right). Final version is therefore super sleek but fragile too. I used a 2×8 plate for a rear wing and a see-through brick for a cabin. Later I found out that front wings should’ve been positioned a little more towards the front. Concept stays the same, so it won’t fall apart. 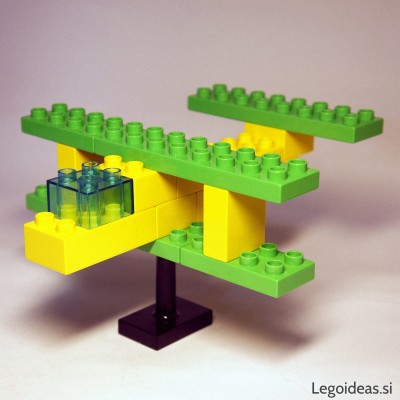