Highly distinctive beast, one of Africa’s most fearsome animals, an African lion. I opted for a really big head, which I took from my T rex creation. To get the curves of the silhouette somehow right, I used a long brick to implement and integrate a lower jaw and the back of the animal. I tried to keep creation small and therefore made a body smaller (proportion-wise) in comparison to the head. You’ll notice that I used a body similar to my dog and wolf creations, so it’s pretty basic. Due to overall strength of this animal I used basic 2×2 bricks for the legs.

Overall I’m satisfied with the final build, but there is some room for improvements on the body – it came out a bit thin. 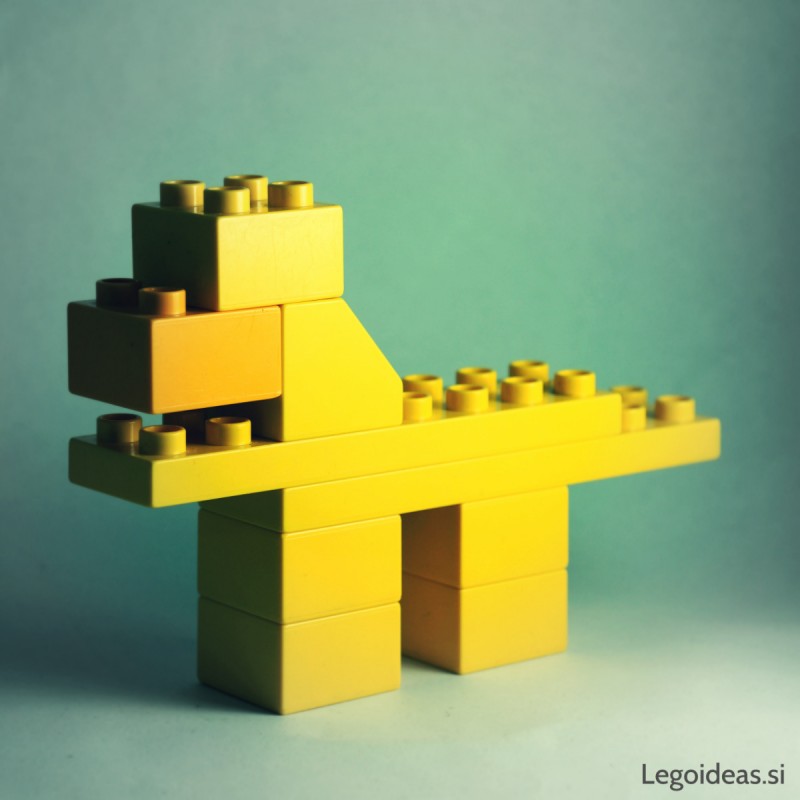